Collaboratory started as a game innovation lab idea around 2009 at Idun Design (later Story Architect). 2013 – 2015 a living lab prototype of the idea was built in a big space in Gothenburg Film Studios in Sweden. A local community collaborated on building the space that included a next generation makerspace, art/film/game studio and work spaces, and events for co-creation, R&D and game making. Local collaborators included Chalmers University of Technology, Gothenburg University and members from the industry nearby like Ericsson, as well as citizens with diverse backgrounds and ages. In 2018 we had a temporary space and events in Stockholm as well. Now the community is global and active through events, but there is no physical space due to lack of funding mainly. It would be interesting to scale up the concept because of its many values for society, and this site provides some guidelines that could aid that process, or just serve as inspiration for other initiatives. What makes Collaboratory different from other game hubs, innovation labs and makerspaces, is a foundation on diverse narrative and interactivity design, as well as accountability through social innovation and inclusion of all beings. Below is a mindmap of the components of the Collaboratory ecosystem and the vision/goals.

The goals of Collaboratory 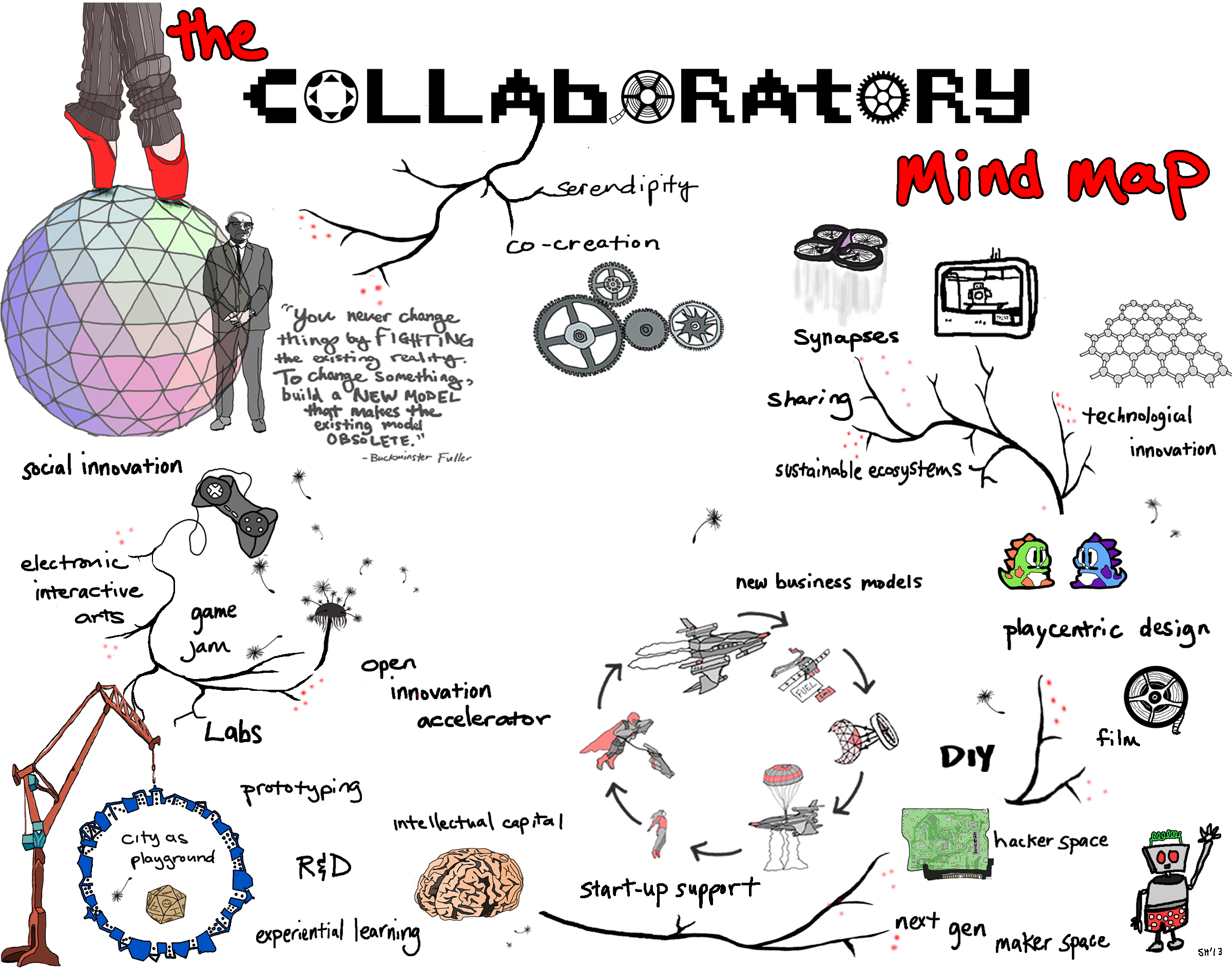